Every corner of Seville is so beautiful, Baroque churches, Moorish architecture, great tapas bars to enchanting old neighbourhoods, this Andalusian capital will not fail to mesmerise you the moment you set foot on its cobbled streets.

The moment you reach in Seville you will realise that it’s a not a fast paced city.
To stay in Seville we were looking for something which would give us an authentic experience, the old-world grace and elegance hence we choose Hotel Amaedus situated right in the heart of the Santa Cruz quarter and a 10-minute walk from the cathedral. 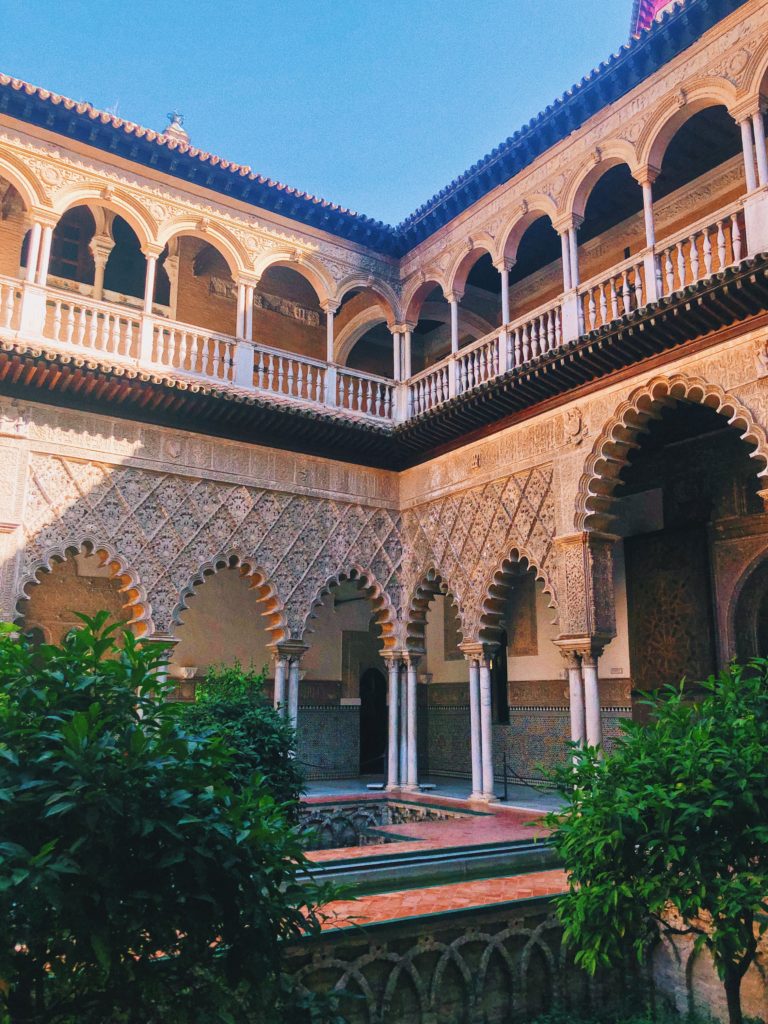 The Real Alcázar was originally the medieval fortress of Moorish rulers and later of the Christian kings. The palace was built in the 10th century for Moorish rulers.Traditional Andalusian style courtyards, decorative pools, fountains are the centerpieces of the landscaping also be sure to save plenty of time to explore the beautifully manicured gardens.

We visited this place an hour before the closing time hence found it a little less crowded. Tickets to visit this place can be purchased at the entrance itself. 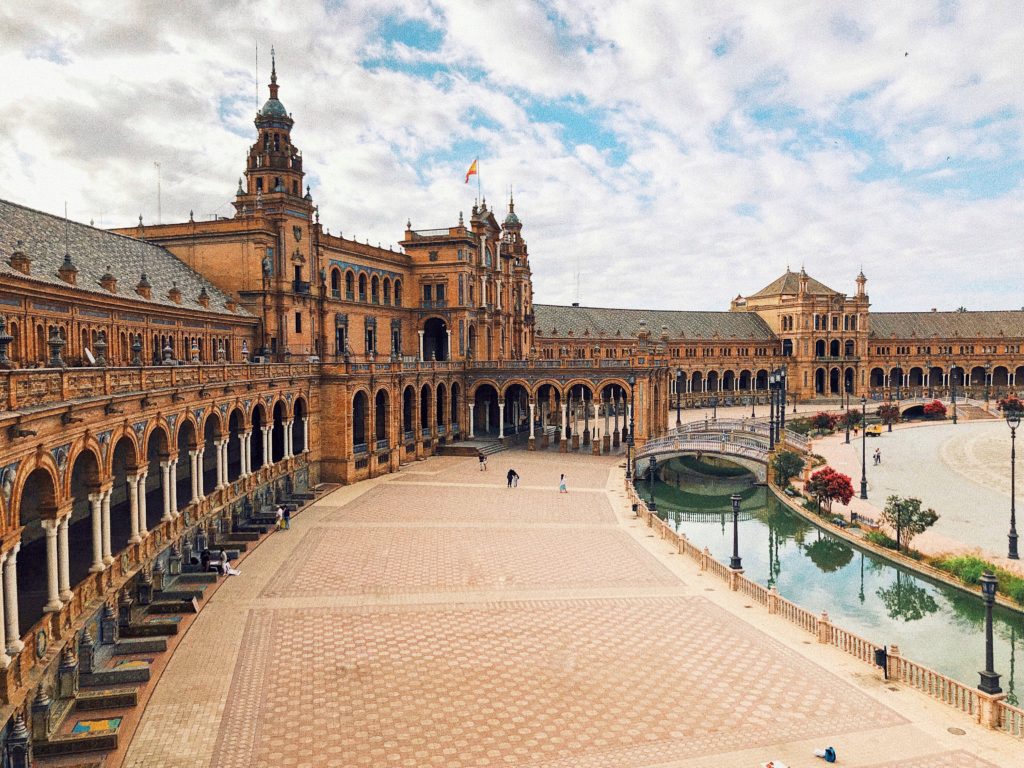 We started our day by visiting magnificent Plaza de España, so tremendous is the beauty of this place that I have a post dedicated only to this location which you can read here. Entry to Plaza De Espana is free. 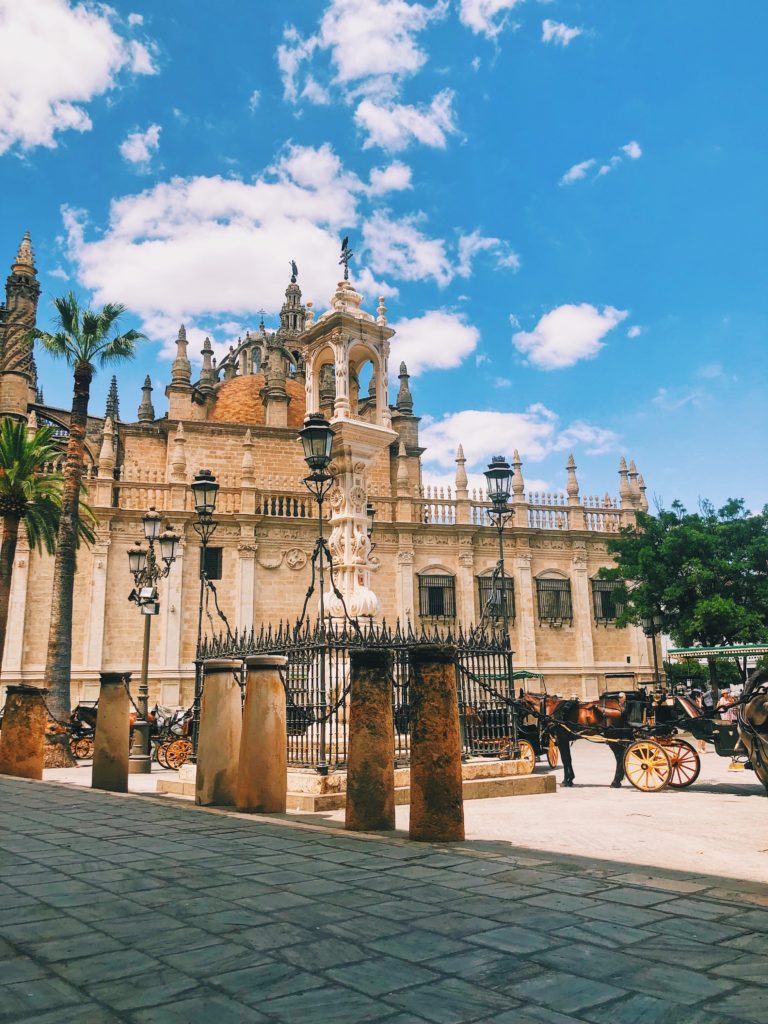 Seville Cathedral is the largest Gothic cathedral in Christendom, unmatched in its impressive scale and abundance of art treasures. Listed as a UNESCO World Heritage Site, this incomparable monument was constructed between 1402 and 1506. 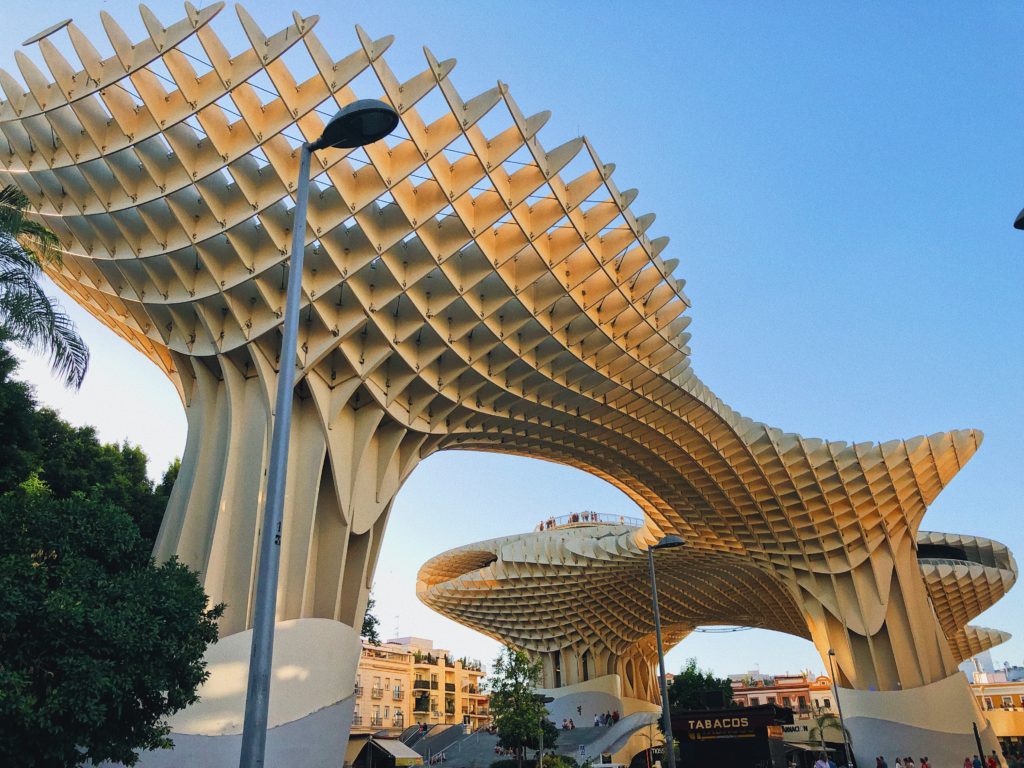 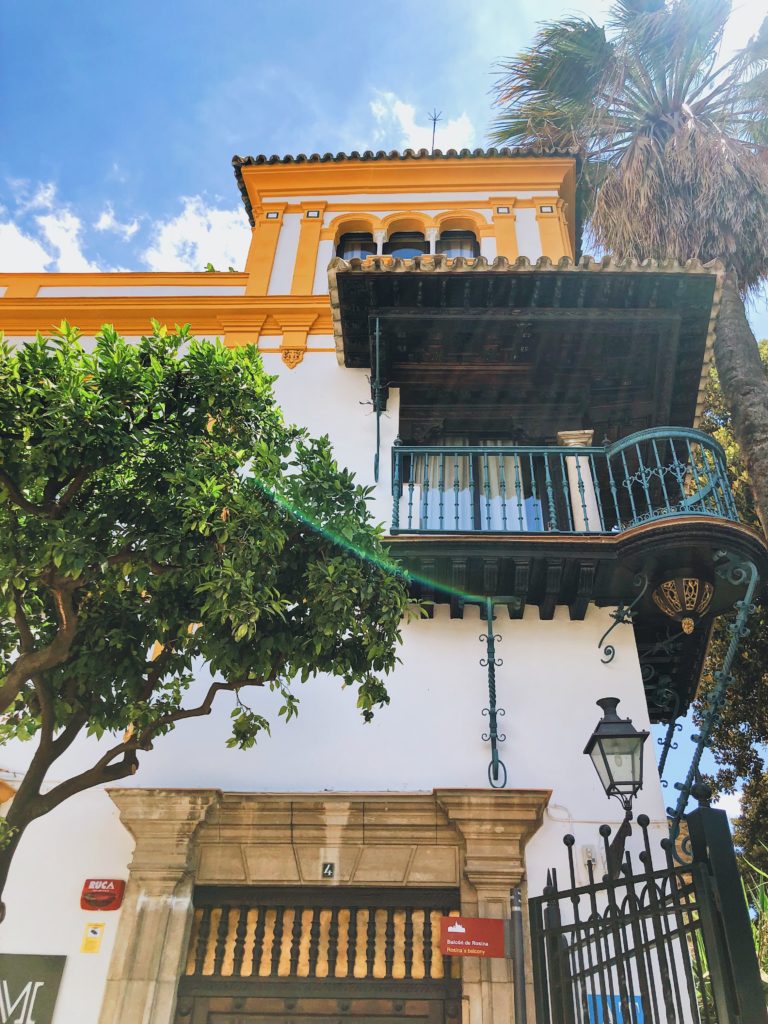 Barrio de Santa Cruz is one of the most charming neighbourhoods to explore in Seville. 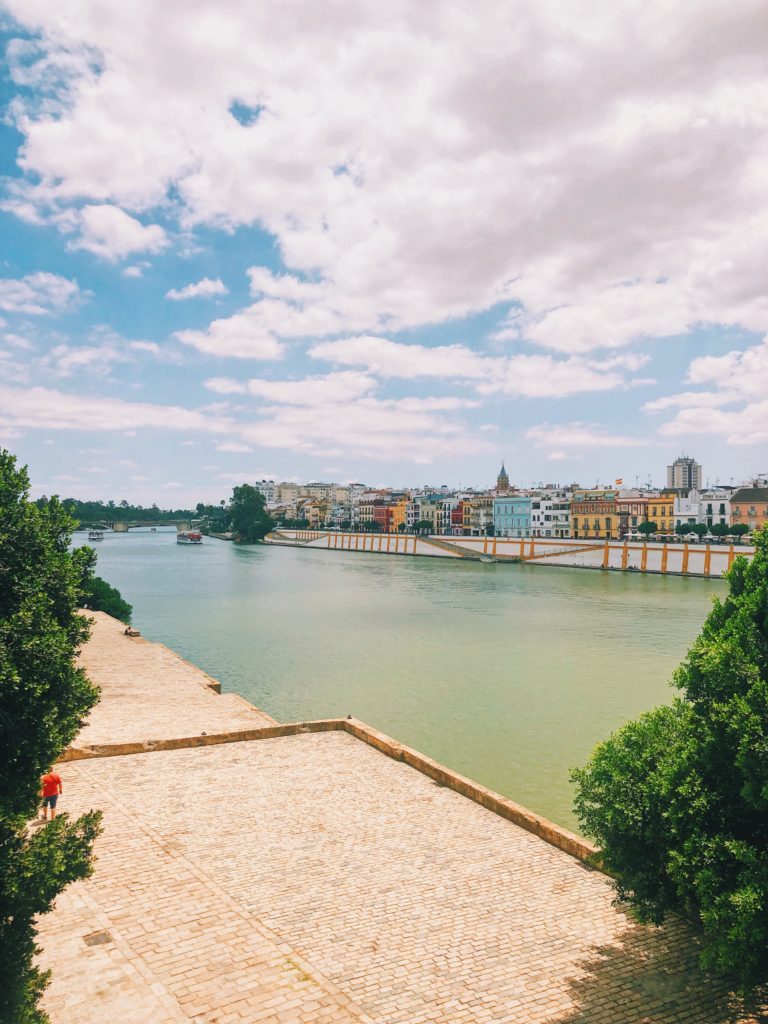 Seville’s historic former Gypsy quarter, a maze of narrow cobblestone streets and alleyways, The unique thing about Barrio de Triana is its heritage as a traditional potters’ quarter, as well as its Gypsy community 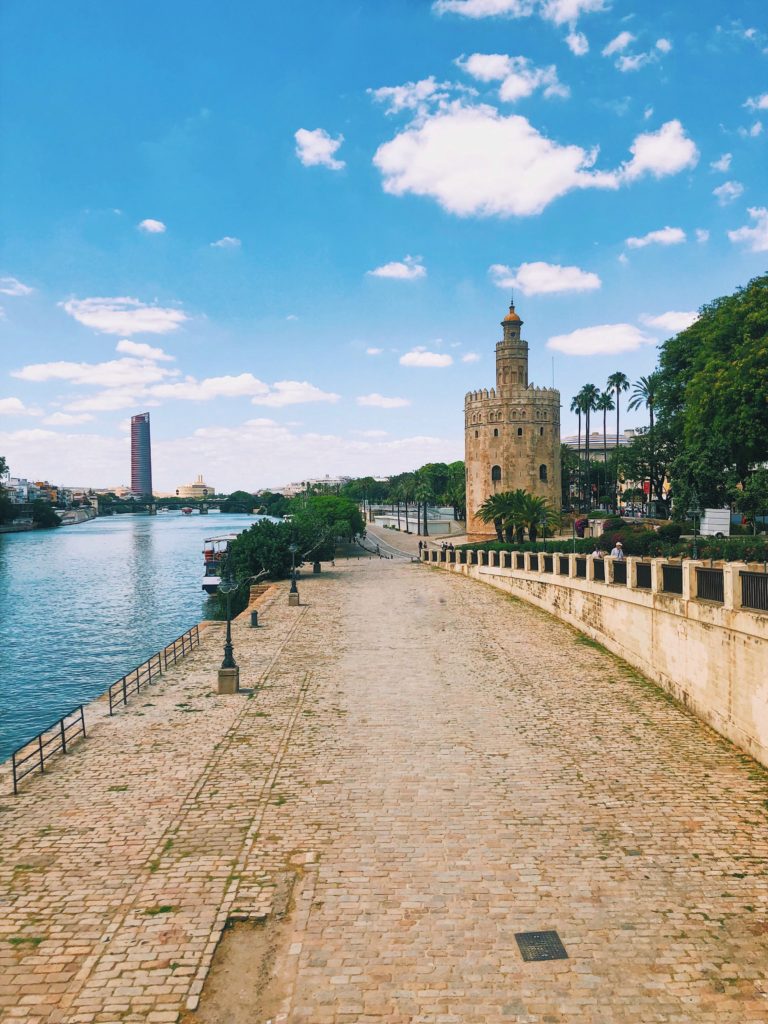 Torre de Oro, or the ‘Tower of Gold’, a 13th-century watchtower is visible from any of Seville’s central bridges.

While you are in Seville don’t miss out on attending a flamenco performance which is one of the most popular things to do in Seville at night. If you plan to spend more time in Seville or manage sightseeing in a single day then you can opt of full day tours to Cordoba or Granada from Seville.